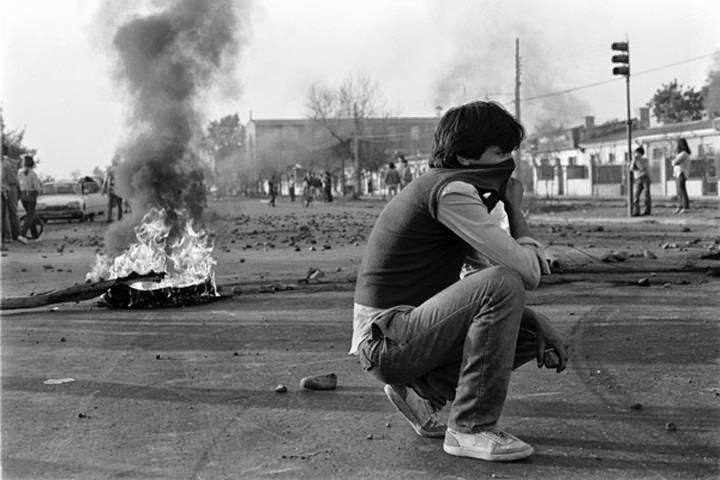 The "Dirty Wars" of the 1970s and 1980s in Latin America left deep imprints on the societies in which they were waged. The violence and terror of those years shaped everything from political discourse to literature and music. The visual arts, of course, were not immune to the struggles of that era either. Photographers and other visual and multimedia artists captured not only the brutality of Latin America's authoritarian regimes but also the ways in which ordinary citizens resisted them. The theme of resistance is at the center of an exhibition at John Jay College's Anya and Andrew Shiva Gallery entitled "Bearing Witness: Art and Resistance in Latin America." Organized by two of my John Jay College colleagues, Roberto Visani and Marcia Esparza, together with art historian and collector Estrellita Brodsky, the exhibition captures images of fear and courageous defiance in the face of government impunity. As Brodsky points out in this interview, the viewer is drawn to these images and is forced to confront the violence head-on; "you can't claim you didn't see it."  Indeed.